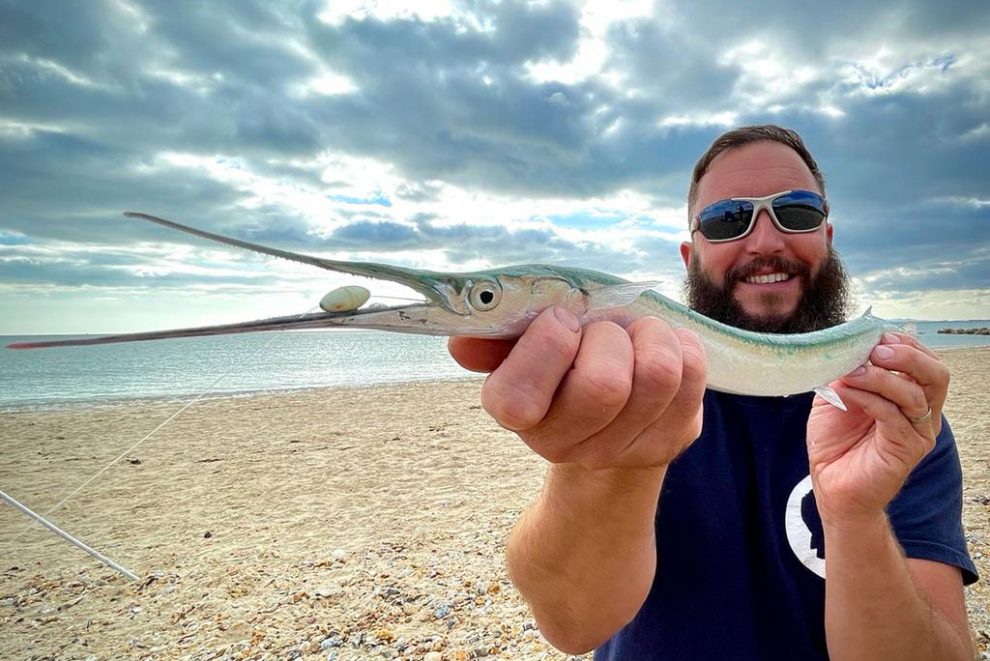 Tronixpro Know How: Garfish are one of the first summer species to arrive on our shores, this simple guide takes you through the best tackle and tactics to land a gar this summer.

Garfish tend to be classed as a summer fish, but the reality is they are a spring arrival during April and May and therefore one of the first true “summer’ species to reach our shores. They are found all around the UK coast but are commonest along the south and west coast of the UK and throughout Ireland. Armed with elongated jaws full of needle-sharp teeth, they are a serious predator normally taking small prey fish and sandeels.

They average a little over 1lb in weight, though 2lb fish are not uncommon. They have been known to grow over 4lbs, with the British record standing at 3lb 9ozs.

Along the English Channel coast, the southwest of England as far north as Merseyside they appear during April, with numbers escalating quickly in May and peaking inshore through June. In the north of the country, it can be late May or June before they appear. They stay in shore until late August or early September but their numbers gradually thin out during this time as they return to deeper water, but they will linger off deep water rocks marks well into November.

From April to July, they are found inside smaller estuaries and can be taken off steep-to beaches where there is a more constant depth. On shallower surf beaches they may only be available in the two hours before high water on the bigger tides. They also favour living around stone breakwaters, can be caught off piers and jetties, and inside harbours. From July on they become more common off open sea rock ledges and beaches offering deeper water as their numbers inshore gradually thin out.

When present off man-made structure such as breakwaters and piers, if there is a consistent depth of water the weather patterns are less critical, but even here they do not like long periods of unsettled weather, and this will see them move out into deeper water. Ideal conditions are longer periods of settled warm weather with calm seas and gentle swells. The same applies to deeper beaches where they need flat seas with light variable winds and then they’ll come right in almost to the edge of the tide line to feed. They feed in bright sunlight, though better conditions are a light cloud cover that limits the amount of light filtering down through the water column.

The Right Tackle for Garfish

A 9ft spinning rod rated to cast 1-3ozs will cover most garfish situations such as general spinning, float fishing and even light ledger fishing off the beach. Marry this to a 4000 sized fixed spool reel.

An alternative combination to consider is a longer 14 to 15ft light beachcaster casting up to 150g and offering three different push-in tip options light, medium and heavy. A rod of this length can be used for close in float fishing with the lighter tip section as well as light ledger fishing with the two heavier tips using pop-up rigs, or longer-range bubble floats. A fixed spool reel in the 6000 to 8000 range is ideal for this rod and offers the option of varied tactics with just the one rod and reel.

Your mainline needs some thought. For spinning and short-range ledger fishing, the best line is braid. Its lower diameter compared to mono for the same breaking strain means you’ll cast lighter lures further. Also, it’s minimal stretch gives you more direct control over the lure helping it to work better and set the hook at longer range. However, if you’re float fishing, though you can still use braid and simply add a short 4ft section of 6lb Fluorocarbon to the end of the braid, many anglers prefer a clear coloured mono between 6 and 8lbs as it is less effected by a side wind as its heavier and less visible than the braid.

For lighter spinning situations, say beaches and inside estuaries, an 8ft rod rated 1 to 2ozs combined with a size 2500 or 3000 sized fixed spool gives better sport. Load the reel with 12lb braid and add a short Fluorocarbon leader around 3 to 4ft long. This separation area between the lure and the more obvious braid line is important as gars have excellent sight and can sheer off during the attack if they see something untoward.

Smaller sized Aberdeen hooks are a good choice for float and bait fishing as the longer shank helps protect the light line from the needle-sharp teeth. Size 6 to 8 is a good all-round choice and periodically check that the hook point remains sharp for as mentioned their jaw is tough and bony.

Being a predator small fish baits are best for garfish when float fishing and ledger fishing with a popped-up bait. Mackerel strips cut no more than an inch long and quarter inch wide work well. Thin strips work best! Use the white belly section as this stands out more and imitates a small fish better. Small strips of sandeel fillet and sprat are also good. Stray away from fish baits and you’ll find your catches drop dramatically.

The best spinners are the smaller ones in the 20g to 30g range. Go bigger and hook up ratio will decline as the gar may have long jaws, but it is bony and setting a hook difficult, plus the mouth of the gar is not overly large. As for colours, chrome is by far the best, though in low light levels at dawn and dusk, try something with red in its makeup and black as these give a hard silhouette as the garfish view the lure from below against the light of the sky.

For float fishing from man-made structure, rock ledges and harbour walls slide two small rubber rubber stops on to the mainline, a 5mm bead, slide on a cigar shaped float that will carry around a ¼oz to 1oz ball weight heavy enough to cock the float, another bead then tie on a size 8 swivel. Two rubber stops above the float and bead will be more secure than one but can still be slid up and down on the mainline to adjust the depth the bait fishes at. To the free eye of the swivel tie on 4ft of 6lb Fluorocarbon and then the hook. When choosing a suitable ball-weight (1/2oz is enough for general fishing) you’re aiming to get the float to sit with no more than an inch of the tip above the surface. Set like this you will see the most delicate of bites.

Often you can see the gars just under the surface but set the float so that the bait fishes just on the divide line where you just lose sight of the gars, say about 6ft deep to start, and you’ll find the level where the fish are feeding. They’ll take the bait as it slowly drops, but for better bite detection add a single BB artificial lead shot about 18-inches above the hook to take the bait down quicker.

This works well when the fish are tight on the surface. Slide a bubble float onto the main line and lock it in position. Now tie on a size 8 swivel to the end of the line. Add 4 to 6ft of 6lb Fluorocarbon and a size 6 hook. Cast the float and bait out and let the bait just sink naturally. Watch for the float sliding away across the surface and strike as it does so.

You’ll mostly see the gars splashing on the surface and this is where you need to cast. Use a basic fan pattern starting your casts to the left and work left to right in a fan shape. Try different depths and different retrieve speeds until you start to get bites. Gars will often come to the splash of the lure as it hits the surface.

This works well off the steep-to deeper beaches. Fish a standard 2-hook rig but with longer 18 to 20-inch hook lengths from 8lb Fluorocarbon. On each hook length, slide on a rubber stop, then a float bead, and another rubber float stop. Now tie on a size 6 Aberdeen hook. Position the rubber stop about 6-inches away from the hook to begin and adjust it shorter and longer until you get consistent bites. Bead colours can vary but silver is a good one to start with, yellow and red as a backup. Bait with small mackerel strips the float bead can lift and use short casts no more than 10 to 15-metres out as the tide floods in. The gars are mostly right on the edge of the tide line or very close to it.