Despite an almost endless list of species available to the light lure angler, there are certain fish that remain true favourites. For LRF, Scorpion Fish have an almost cult status. For LRF's big brother HRF (Hard Rockfishing), the beloved fish is the Ballan Wrasse. It's easy to see why. Not only do they fight hard, they're relatively numerous and are among the most beautiful fish in our seas, with individuals ranging from bright gold, to green, to orange and even bright red.

From spring onward, Ballan Wrasse creep up our coastline and start to forage on anything they may find. In the heat of summer, my preferred lure type is normally a fish imitation. However, for the early fish I much prefer a crustacean – think crab, squat lobster or prawn. I suspect that this better replicates the natural prey on offer, before the bait-fish shoals get going.

This year I have been making a concerted effort to work out when the wrasse become available in my preferred patch – the Purbeck coast in Dorset. If I look back in time on my blog, it would seem that my wrasse fishing (within 40 yards of the shore) doesn't appear to get going until May, however this year I seem to have found a few fish from mid April. And yet again, this appears to be linked with the sea temperature reaching the magic 10 degrees centigrade. 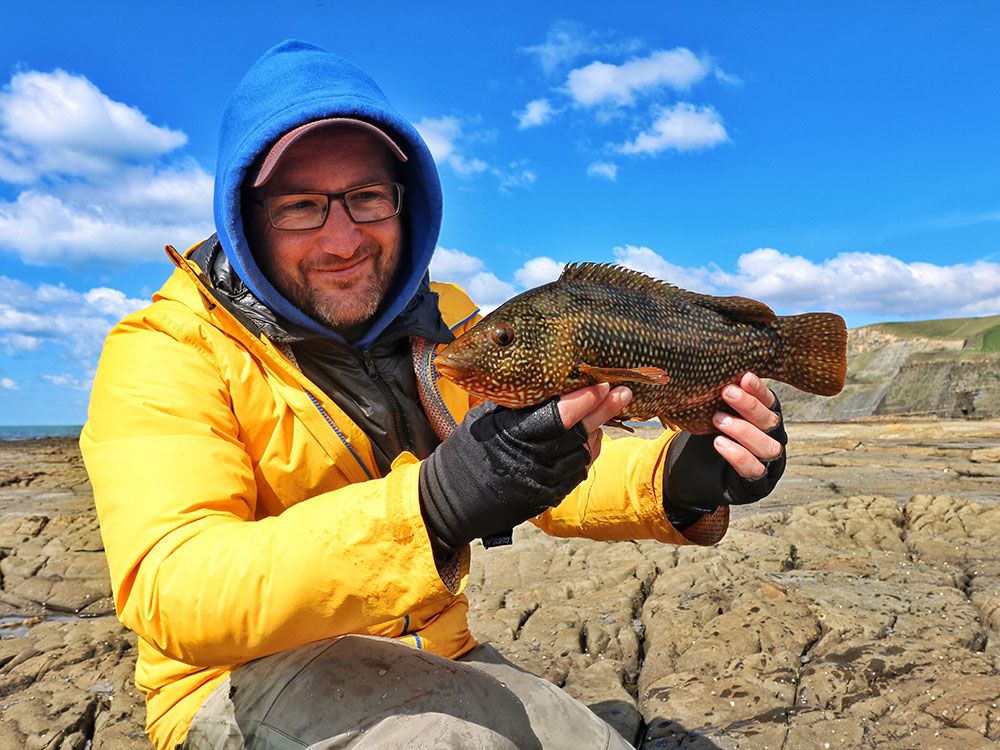 My method of targeting these early fish couldn't be simpler. I'm so confident with the method that there really isn't any reason to fish another. I fish a simple Texas rig – no stop, no bead. The cone lead (a HTO Worm Weight) slides freely on the 8 or 10 pound fluorocarbon leader. This allows the fish to take the lure without resistance if I release the tension on the line. Yet again, it's the elements that determine the weight I use, but 5g is a good starting point. Don't be scared to go over 10g if the wind and tide are causing you to lose feel. A quality offset hook is tied directly to the end of the leader. I prefer an offset hook with a wide gape, rather than a worm hook. The barb is always crushed – you just don't need it for this close quarter combat. It makes unhooking a breeze. Time spent unhooking, is time not spent catching! 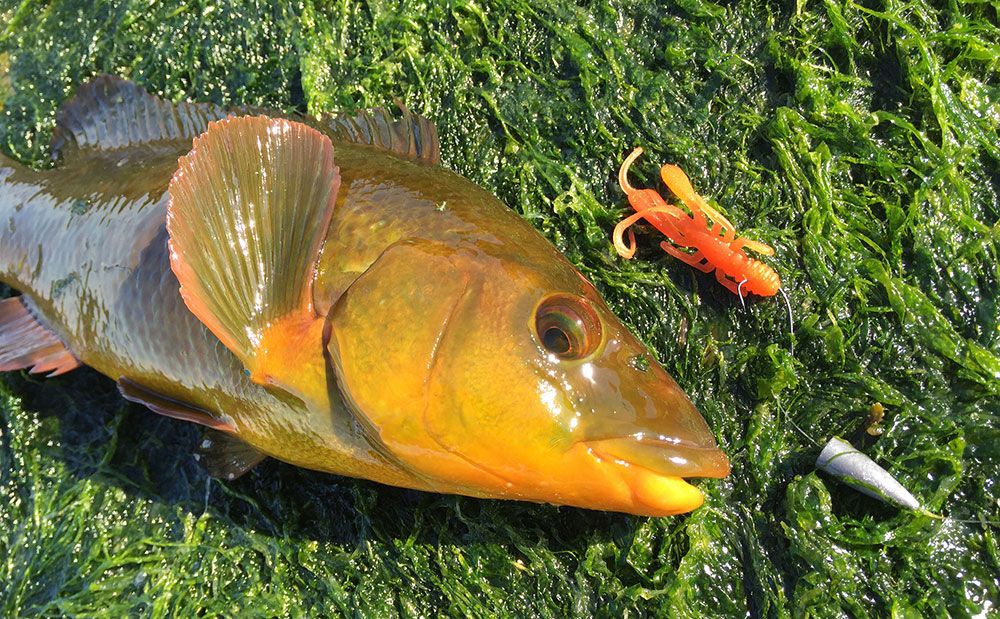 The business end of the rig is a creature bait. It's hard to look beyond the HTO Bug-ga. I have been caning these – to the point I have actually run out of my favourite colours at the time of writing. For clear water fishing, choose natural colours. Habitually I reach for the Orange Glow or the Red (more dark purple). Both deadly in equal measure. A size 6 offset generally suits the Bug-ga, but different brands of hooks can have different dimensions, so measure it up. After rigging the lure, ‘skin' the hook point back into the lure to reduce snags and weed issues. It shouldn't affect catch rates as the Bug-ga is super-soft. 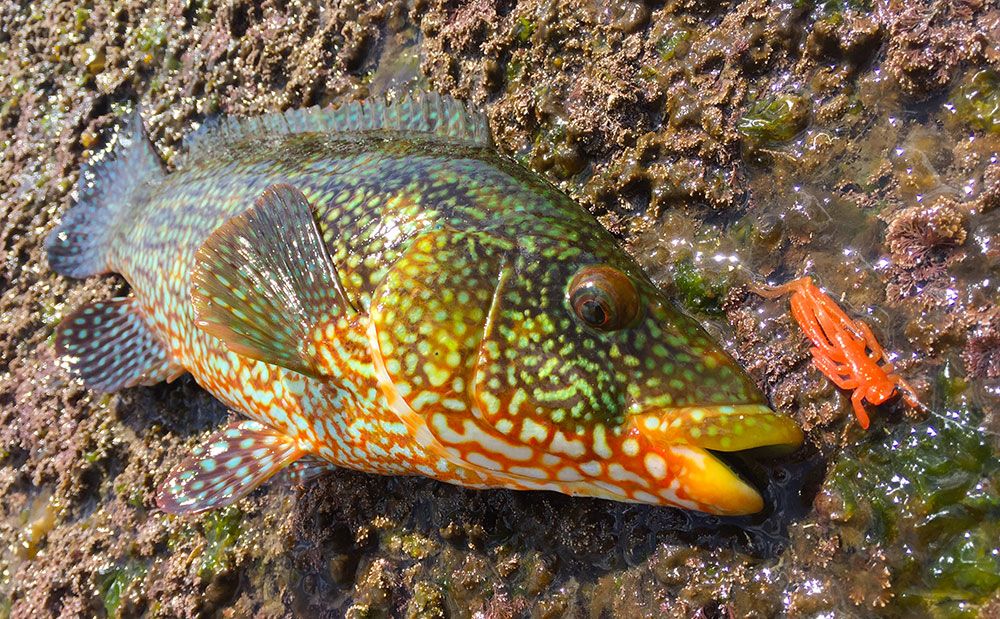 Retrieve is varied between slow-hops-with-pauses (if you know where the fish are hiding), or a super-slow-retrieve-with-pauses (if you're searching for fish). Once you have received a tap with the latter, switch to the former. These early wrasse don't always want to chase a bait.

There you have it. A cheap and effective way to get some serious lure fun after a long winter. Give it a go. It's hard to beat the ‘tonk' of a wrasse hitting a creature bait. Big smiles :0D

Adam Kirby has been angling for over 30 years. The first 20 of which were almost entirely focused on sea angling. In recent years Adam has dedicated much of his fishing to lures with an encyclopaedic knowledge of light lure fishing that has led him to many podium positions including the 2015 British Street Fishing Champion.