Mark Radcliffe mark.radcliffe.9212mark_radcliffe_kayakfishing
Mark Radcliffe continues his Kayak Species Hunting, he's now on 32 species with another 18 to go to his personal target of 50 species from a yak in a year.

32 species down and another 18 needed to hit my personal target for the year.

It has been another hard month. It’s the same every year, in the summer when the species are plentiful I am busy with other things and struggle to fit sessions in, in fact, during June I only managed one weekend of fishing down in Plymouth whilst attending the Ocean Kayak Classic. Fortunately, Plymouth Sound offers a variety of habitats so with some planning there is always the chance to add to the tally.

I arrived on the Thursday morning with a plan to target the resident mullet, then spend Friday practising for the tournament before the main event on Saturday.

Launching from Mountbatten a couple of us headed up river and into Hooe Lake. A couple of years ago I had a great days fishing for thick lipped mullet here so went armed with a supply of bread and simple float gear. First cast, the float drifted off to the left and started to bury. I struck into thin air, however, it was encouraging as I usually wait an age for mullet bites. Second cast and the same thing happened, but this time the culprit was firmly hooked on the size 10 Sabpolo Wormer. Not the hoped-for mullet but a scale perfect sand smelt – another species added to the list so I wasn’t complaining. 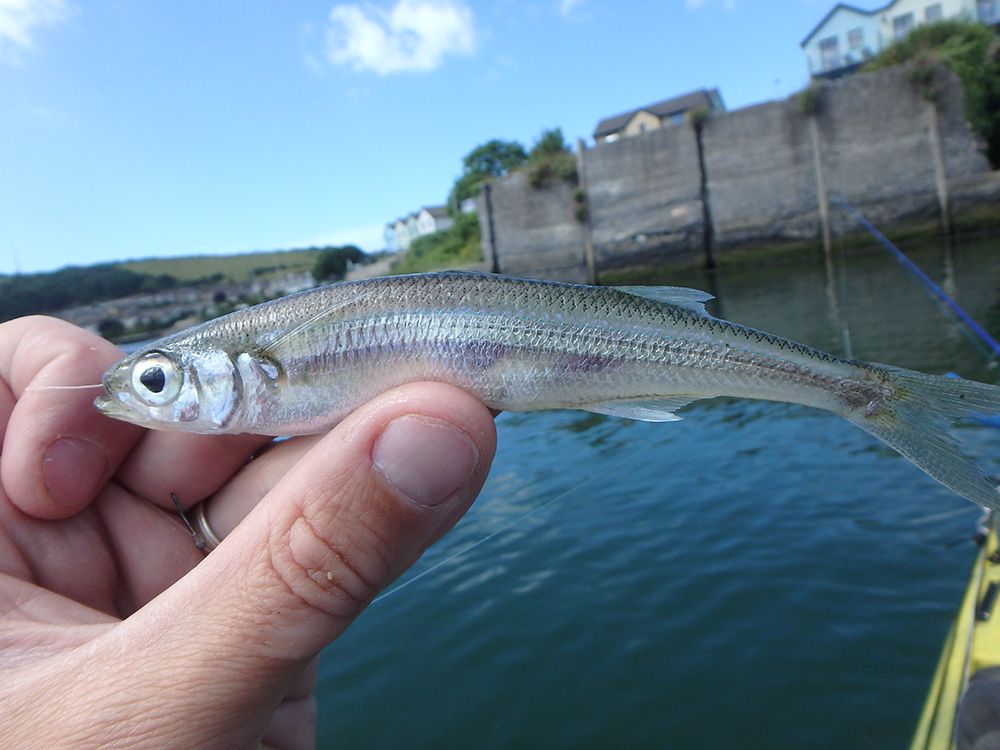 After another half dozen of these it become obvious that the bread wasn’t going to stay on the hook long enough for a mullet to find it, so plan ‘B’ came into action. The HTO Rockfish Revolution was soon loaded with a small spinner and rag worm and within half a dozen casts I had a feisty thin lipped mullet in the net, this was followed by a couple of plump flounders, small bass and after moving into the very shallow water, a couple of golden grey mullet too. It was truly a fantastic few hours fishing and this has fast become one of my favourite methods. Seeing every movement of the fish in shallow clear water as they nail the spinner is exhilarating and must be tried. If you haven’t done it before, give it a go, you won’t look back (for tips on how to rig up for mullet read my earlier post Muddy Water Mullet). For me the day was a complete success, with three more species added to the list. 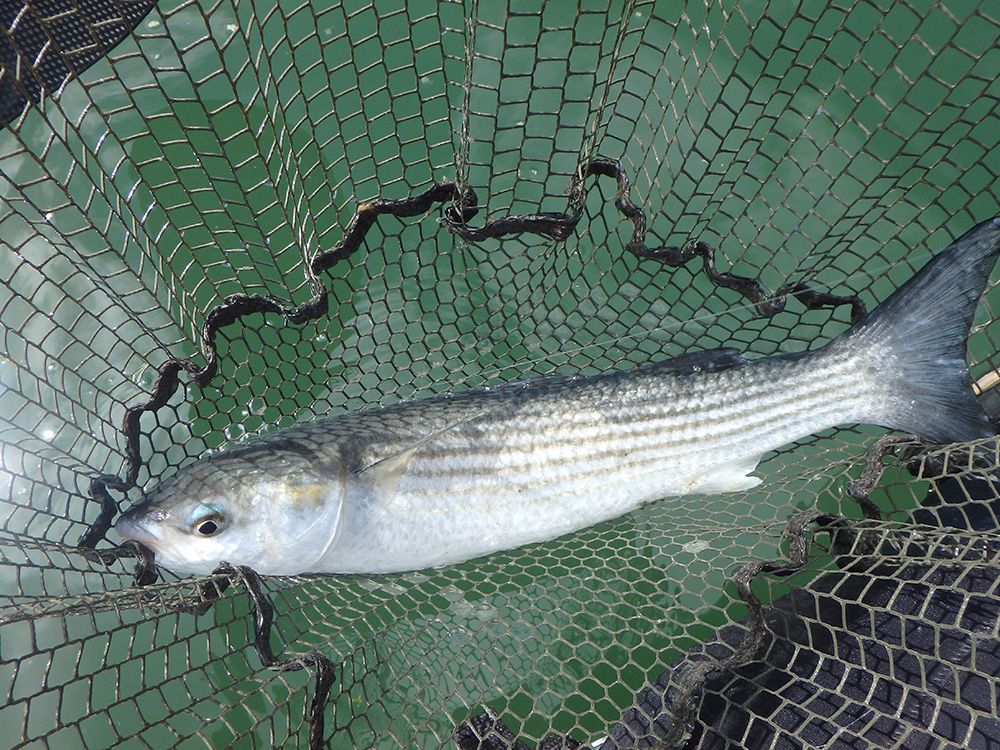 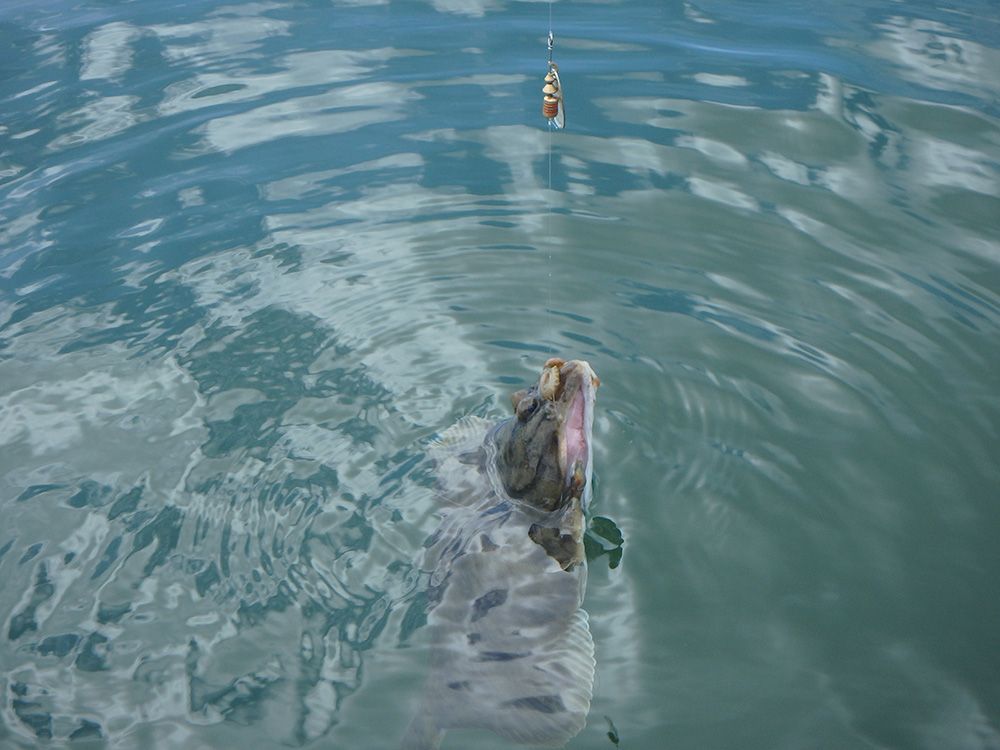 Friday saw me heading out to the sound in search of red band fish. I had a couple of friends come along as they had never caught this unique looking fish, in fact there are only a few places in the UK where they are common enough to target. The key with these is not so much technique as location. Once over the marks the tell-tale signs appeared on the fish finder, a layer of “spaghetti” covered the bottom ten feet of the screen.

The rod was a Hart Absolute Spin with a Hart No 3 reel. The business end was a set of Tronixpro Sabiki’s sent down with a 1oz lead. There isn’t a great deal of skill to catching these fish, simply let the lead drag along the bottom as you slowly drift along as soon enough one or two of the fish will hook themselves. In all honesty, the fight isn’t great but when you see them coming through the depths, they just look out of this world. Fluorescent orange, with purple tinges and a mouth full of needle like teeth. They truly look like they should be in tropical waters, not the mud at the bottom of Plymouth Sound. I only needed one for my species list but couldn’t resist catching half a dozen and watching them swim back to the depths. 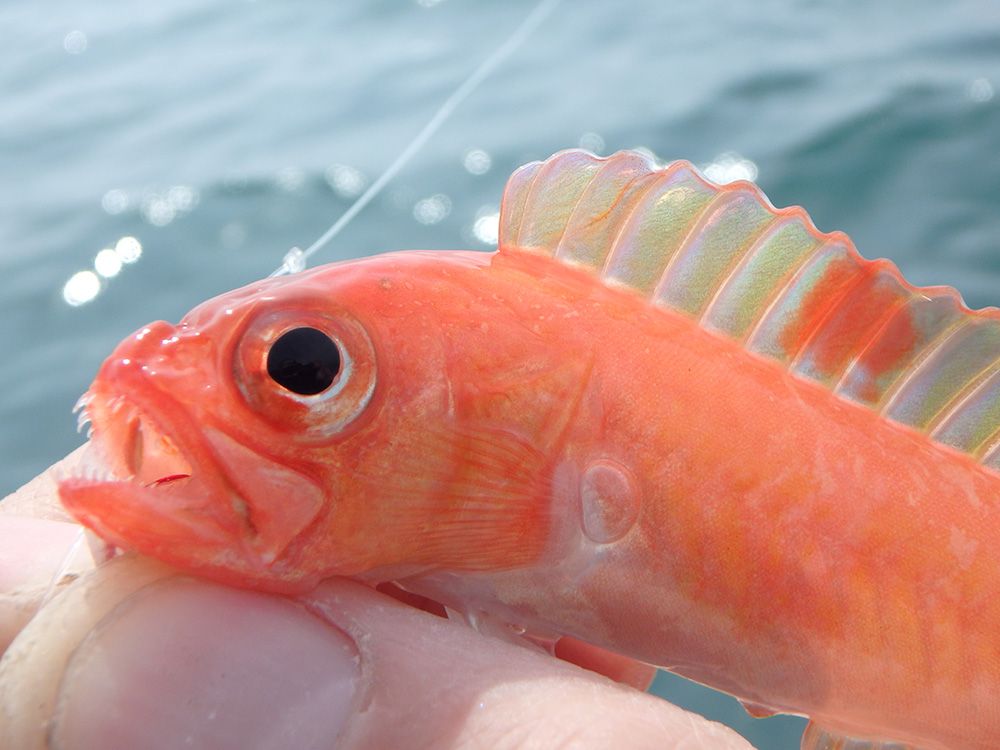 After that it was out to the breakwater to see what was there in preparation for the following day. It was alive with pollack hitting Tronixpro Sabiki rigs but after changing to my usual mini species rigs with size 10 Sabpolo Wormer hooks, I struggled and only managed another four species. It wasn’t looking good for competition day, especially when I heard other people had caught ten or eleven species in practice.

Fortunately, Saturday was a different day, and after getting my red band fish first, I then found another nine species in just a couple of hours and registered early, managing to win the event for the second year in a row. However, watching the results come in, and the different species being registered I couldn’t help think what I had missed out on as leopard spotted, sand and common gobies were caught in numbers along with dragonettes, all of which I still need for this year’s hunt. No matter, the aim of the weekend was to win the event and along the way I had added another four species to my list. 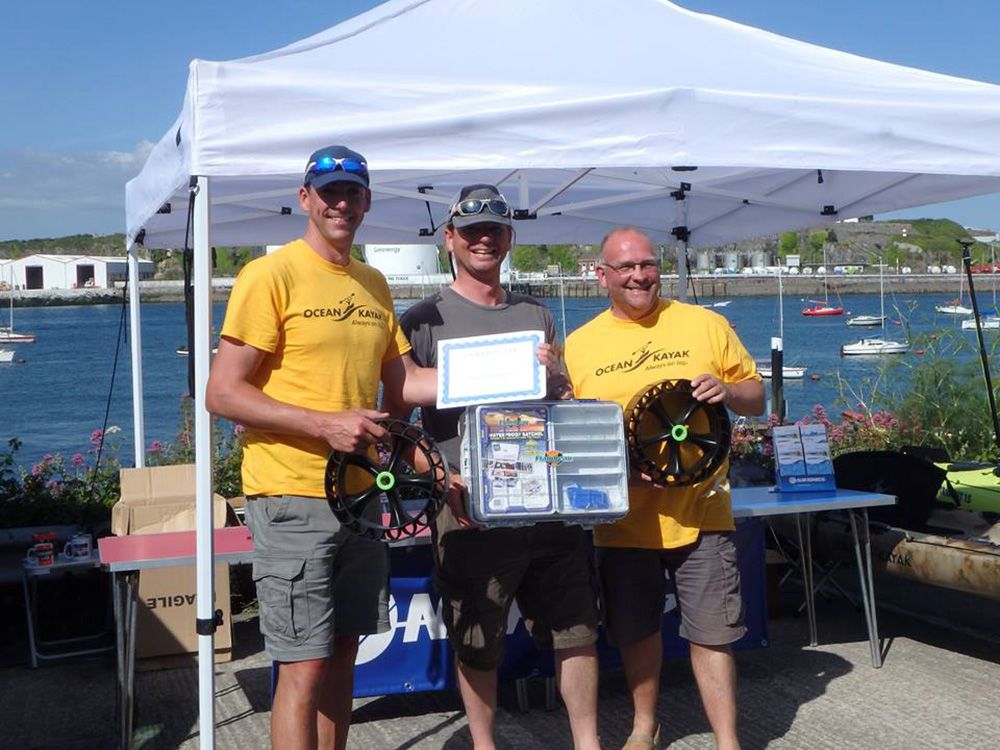 That’s 36 down with 14 still to get. July will see me at Oxwich where I hope to add at least five more and after that it will start to be a case of special trips trying to target some of the larger species around our shores.