Mark Radcliffe mark.radcliffe.9212mark_radcliffe_kayakfishing
Although it's winter, we can't help dreaming of the summer already. Here Mark Radcliffe looks back at a summer learning what makes chub tick when it comes to lure fishing on the river.

This has been my second season kayak fishing the Thames and it is still a learning experience.

Most freshwater kayak anglers are obsessed with pike and perch however, last year I was fortunate to catch many good sized chub to well over 6lbs. These weren’t targeted. I generally picked them up when trolling medium sized plugs between swims, so this year I set out to learn more about this fish and to specifically target them from my kayak on light lures.

The beauty of kayak fishing is that it allows you into areas that are not accessible from the bank, and drifting along the river on a summer’s day it’s easy to spot shoals of smaller chub sitting in the shallows over a sandy bottom.

Often these fish are only half a pound but for honing skills and learning what works they were a god send. I soon learnt that they weren’t too interested in soft plastic lures, occasionally they would follow, and every so often one of them would hit the lure but it wasn’t often enough to make me confident in this method. However, on changing to small crankbaits the change was instant.! They hit them as soon as they saw the lure, often with half a dozen fish swimming straight at it racing each other to get there first.

Obviously these aren’t big fish, but on the right gear they are great fun. I’ve been using my standard light lure set up on the kayak, the HTO Rockfish Revolution 7-28g rod coupled with the HTO Rockfish 2000 reel. The light braid is finished off with either 4lb or 8lb Nitlon DFC Flurocarbon and the all-important plug on the end. The Hart Rock and Street U Crank has been superb. At only 1.8g it casts like a bullet allowing you to position it precisely in the gaps between the trees and the chub have been loving it. 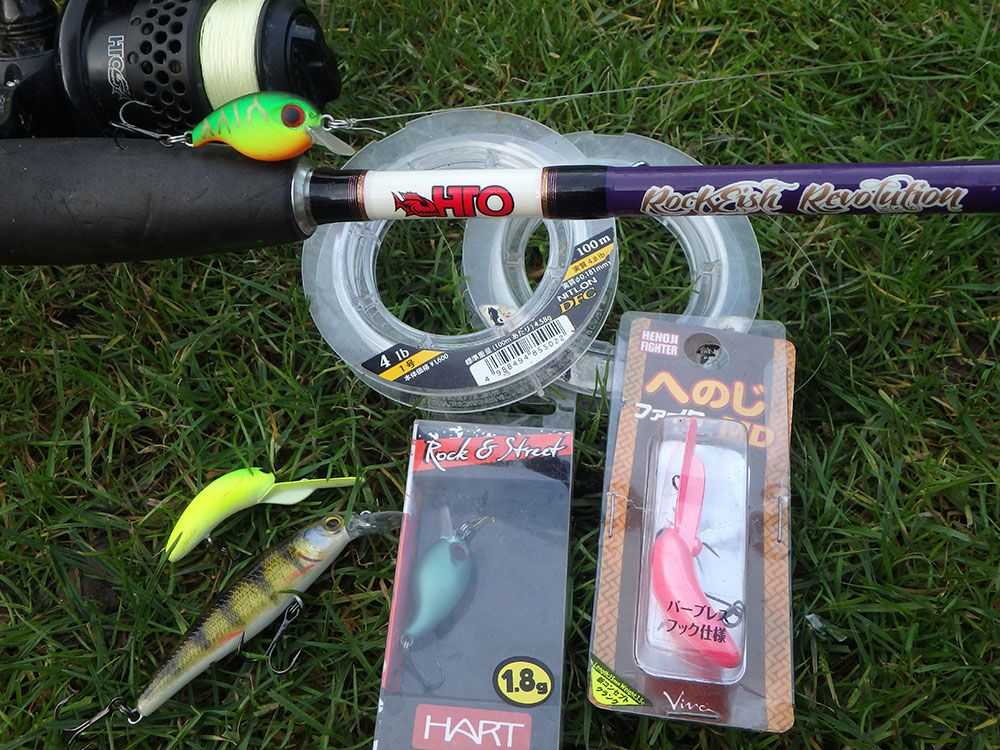 Although my main priority when fishing is to actually catch fish, it didn’t take long before my thoughts turned from small chub to their bigger brothers and sisters. I firmly believe that what you learn in targeting small fish directly translates to catching big fish so now it was just a matter of locating them.

Again here the kayak is a superb tool. The first shoal I located were easy to spot. On a warm summer morning there looked to be half a dozen sticks in the water but on closer inspection it was a shoal of big chub with their backs breaking the surface. The second shoal I found I literally drifted over the top off. Whilst perch fishing I was drifting along in three foot of water and suddenly realised that there were twenty or more big chub directly alongside the kayak, and completely indifferent to me.

Another thing I quickly learnt about the Thames chub is that once they are in an area, they tend to stay there and week in week out I found shoals of big fish in exactly the same spot.

My first attempt at these was heart stopping. I could see the shoal and flicked a Hart U Crank in a perch pattern a few feet away from the fish. Immediately the water erupted as every fish moved. I thought I’d blown it and spooked the fish until I saw a dark shape heading directly at the suspended plug. It slammed into the U Crank and line immediately started peeling off the Rockfish 2000. Luckily the Rockfish Revolution is more than capable of handling big fish and after a spirited fight and with my heart in my mouth I finally slipped the net under a pristine chub. It was by no means the biggest fish in the shoal but pulled the scales around to 6lb 1oz. 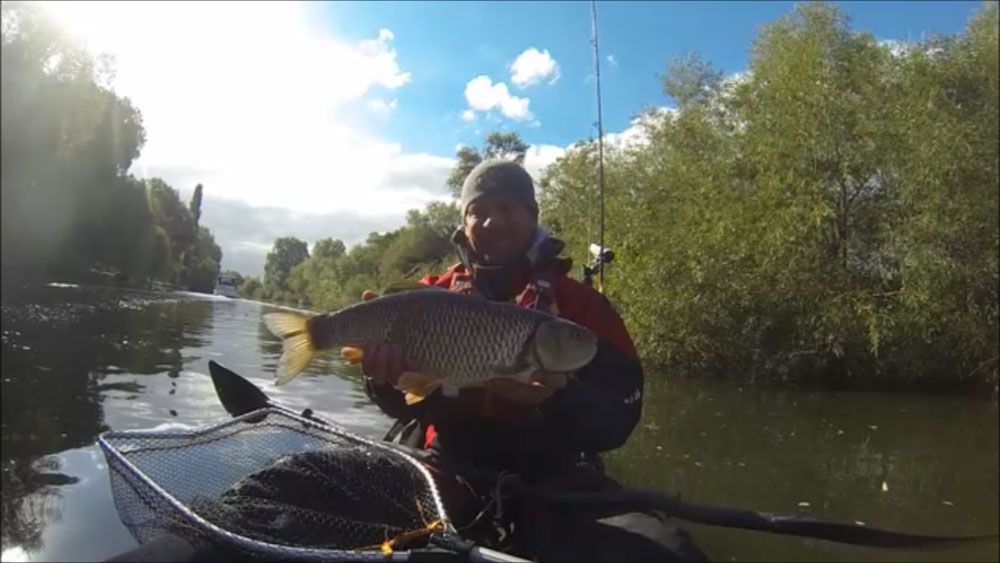 After that I became slightly obsessed with sight fishing for Thames chub. I played around with different plugs finding that suspended or floating ones were definitely the best. They seem to see the plug land and if you leave it there for a second or two and then twitch it making it dive slightly they cannot resist. Along with the Hart U Crank, another favourite is the Aquawave Henoji Fighter which can be allowed to float along under branches and then worked from under the tree. One word of warning though, jack pike can’t resist the frantic movement of the Henoji Fighter once you start the retrieve. 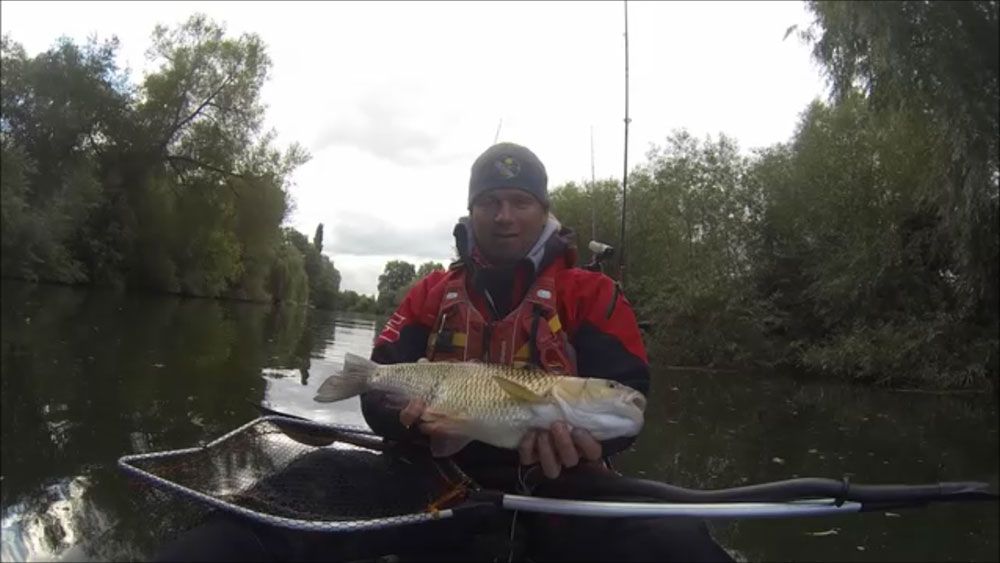 Once you pick up one fish from the shoal, you invariably spook the rest. However leave it an hour and return to the same spot and the fish will have returned and seem settled so you can pick off another one.

That first fish of over 6lbs was my best fish of the season, but there have been plenty of fish up to 5lbs along the way. Once you locate that first shoal and watch a large fish head towards your small crankbait then feel it slam your lure, I can guarantee you will be hooked and hooking them on the right set up just adds to the fun.

Get out there and give it a try.