Guest Writer tronixprotronixpro1
HTO Stink Pots are not only great for LRFing but also for catching black bream, as Bruce Dickinson of Brighton Inshore Fishing recently found out

HTO Stink Pots, the affordable lure/bait hybrid that smells like the bottom of a hamster cage and, as it turns out, makes bream go banzai.

Rob and I made the decision to make BIF 1 a no bait boat. This was largely through pig headed determination to try and do things differently. The aim, to enjoy our inshore fishing to the max on light gear, capitalising on those instant hits of adrenalin lure fishing provides. This doesn’t always make life easy though! Take bream for example, we've all had the odd one on shrimp feathers, I’ve also had a couple of fluke catches on metal jigs, but catching them consistently on lures has never happened for us…until now.

We’ve been catching all sorts of fish on Isomes, especially plaice for a couple of years now. Isomes being a hybrid of bait and lure (Japanese starch based bio degradable worm imitation that smells of blueberry), it could be argued that this is just glorified bait fishing, but best results do require movement, and if you lob Isomes out on a flapper from the beach you don’t get much action. They do need to be worked like a lure, but hey, I’m not a purist, it’s just more fun fishing with Isomes than rag worms for me anyway. Bream, strangely, don’t seem overly impressed by them. I’ve tried several times in almost ravening hordes of bream on Kingmere, but never even got a bite.

During a recent trip to HTO HQ in Littlehampton, I asked George how he’d fared fishing using bait from his line of HTO Stink Pots. George said he’d caught all sorts using them when LRFing. I peered at the one-inch paddle tails in a handy plastic pot. There certainly were a lot of baits in there. I took a sniff…phew! Smelt bloody awful. As I‘m into the idea of running some of the first boat LRF charter trips on BIF 1, I bought a couple of pots to try them out, put them in the tackle box and promptly forgot all about them!

Recently I had a couple of hard days on BIF 1, perfect drifts over perfect reef, on perfect tides. No bass. I could see bunches of fish on the sounder, Rob kept getting the tails on his shads bitten off by something, and unaccountable bangs which didn’t connect until the the rod finally hoped over. Was it mackerel, scad, wrasse, an early pollock? We whooped with joy when we saw it was a medium sized bream that had taken the shad fair and square in the gob. 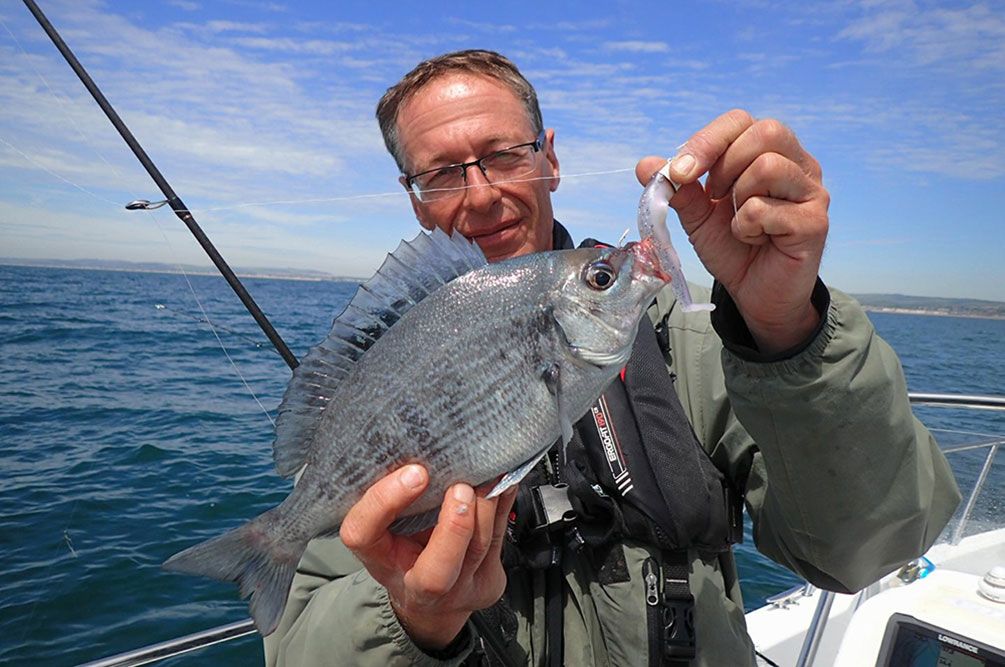 Down went 3 HTO Stink Pots Paddle Tails on a micro rig on my rod to see what they made of that. Whallop, a bream straight away. Rob tried some tiny white shads. Nothing. Rob tried Isomes again, nothing.  Down went the HTO Stink Pot grubs. Fish straight away. “You’re bait fishing” said Rob accusingly.  No, I’m not I said. I’m lure fishing, I’m practically drop shotting, the hamster cage aroma has nothing to do with it. Rob said nothing which kind of made a point that hung in the air like the smell of the stink pot.  But I didn’t care, I was having fun!

A few days later I took my mate Jonny Booth out. He’s a complete novice and I just needed him to catch a few fish, so I set him up with three sabikis baited with the green HTO Stink Pots Paddle Tails. Jonny caught pollack, several bream, gurnard, pout, mackerel and a nice school bass. This of course went to his head immediately, but he's actually got the least natural ability of any angler I’ve ever met by quite a margin. This makes for easy and varied fishing 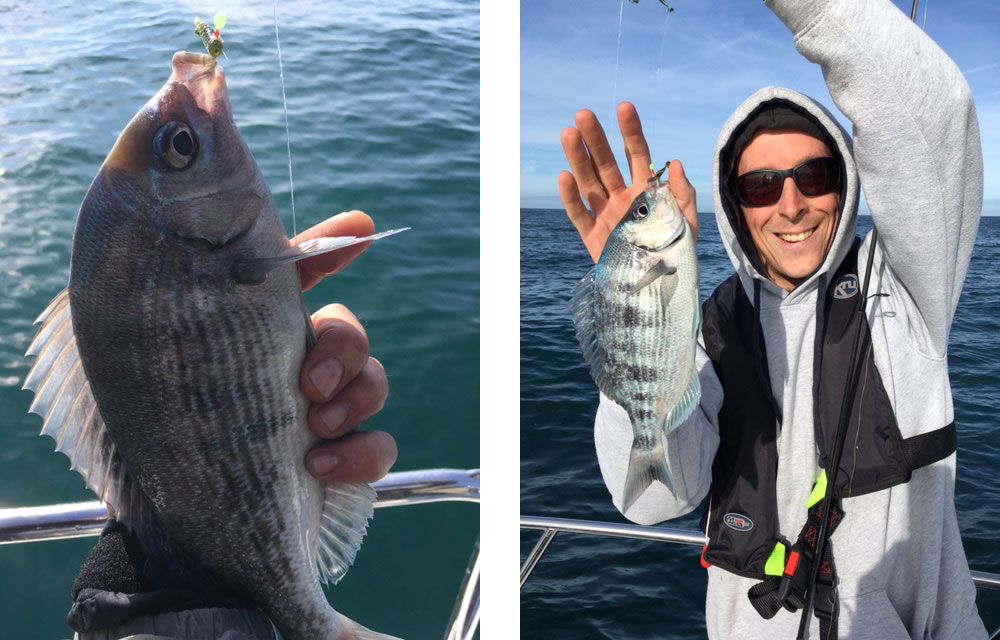 Since then the HTO Stink Pots have given another angler, Tim, his first ever bream, and provided reliable bites on slow days, and I’ve had the small hooks bent and broken with bigger fish. I’ve developed another more “sporting” dropshot rig which is more in the spirit of LRF fishing, and on slack water I can get down 20 foot or so to drop shot with 10g.  I’ll keep a record of catches and keep you posted on results.