I’ve often been asked if there is much difference between preparing for a World Championship as opposed to my usual matches. The answer is a definite yes!

Normally for the matches I fish in my local South West region I would prepare around a week before. I would sort through the rigs I have already, of which I have millions, picking out the most suitable for the venue and conditions. If I need to tie any rigs it would be based on reports coming from the venue which would dictate if I needed extras of one or another. My box would be packed with a standard Tronixpro Rig Winder box full of rigs. These twenty or so rigs would give me enough variety and options for the four to five hours I might be fishing. If I take too many rigs, I’m more likely to confused myself as well as the fish!

Preparing for a World Championship requires much more consideration. My preparations would usually start six months in advance. Usually if I’m going to fish an unusual venue I can count on social media to help. A few posts across Facebook and Forums and I’ll usually have plenty of answers with some helpful pointers. The World Championship is of course very different! People understandably do not share their information so readily, especially when that information could be the key to winning a gold medal. So, we must look elsewhere.

Each Championship will have a brochure produced by the host country. Whilst these are informative they don’t provide the winning formulas on how to crack each match venue. At best the information will be vague such as which species can be caught at a venue. What they don’t tell you is possibly only two or three of these species might be in any numbers. They provide enough information for you to get a feel of the competition but nothing more.

South Africa is the host for this year’s World Championships and I have the advantage of having fished here before. I was the team reserve in 2010, I keep detailed notes about every match I fish, so my notes from seven years ago have proved useful.

My notes and experience of these venues have helped me to start sourcing the tackle and equipment needed early. Obviously, I can’t go into the intricate details of the rigs and setups I’ll be using. Tackle items such as mainline, shock leaders, lots and lots of hooks, snood lines and all the essential rig components have been sourced. These are all based on the size and type of fish we’re likely to catch. I’m not giving anything away by telling you this is not a year for 2lb fluorocarbon snoods and size 10 hooks!

With all the tackle purchased, the next dilemma I have is how many rigs to tie up in advance. The England Ladies team seems to fall into two camps. Some, myself included, tie up an absolute mountain of rigs and hook lengths – hundreds and hundreds of them! Others take lots of components, a few rigs for the first few days and then build the rest once we are there and have a better idea how to fish the venues. We have a whole week of practice before the competition, both approaches work, it’s down to personal choice as to which camp you fall in. Personally, I feel more in control and confident if I have a lot prepared in advance, but, I must be honest, there are always alterations that need to be made to my gear once I’m out there! 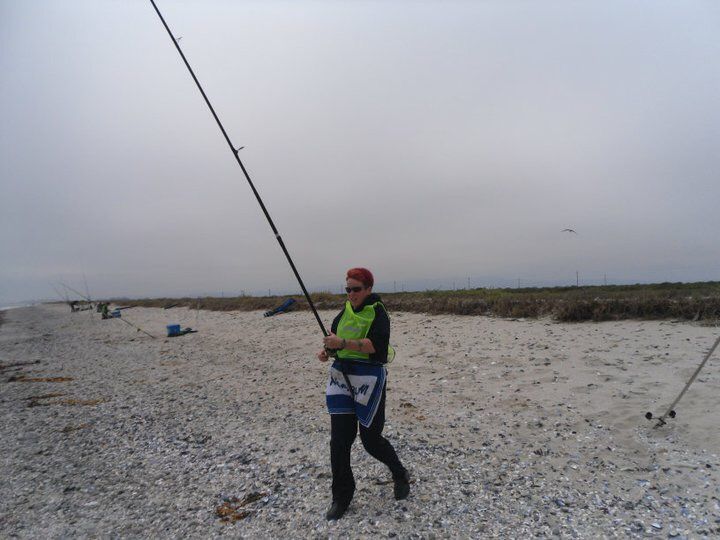 The problem with being away for two weeks and fishing for at least ten days is all the gear needed and how to transport it. In the UK, this is simple. I load up the van with as much as I think I need. I load up my Tronixpro Beach Trolley in the car park and away I go. Travelling by plane puts a whole new dimension on my preparations. Space and weight restrictions mean I must be choosy, difficult choices must be made as to what makes the trip and what doesn’t. I tend to favour tackle over clothing, but having only taken one hoodie on my last South Africa trip I may have to rethink this. I tend to wipe my hands on my clothing in the heat of the match and after five days fishing, it was ripe! In fact, it was thrown in the garden and wasn’t allowed to enter our accommodation again for the rest of the trip.

Traditionally we give a small gift to the other members of all the ladies’ teams competing at the end of the competition. Some anglers like to swap lapel badges of their countries flags too. Part of our preparations include selecting gifts, making sure we buy enough. We try to find something topical, English and not too heavy or bulky. It’s a real challenge every time!

Whether the style and species to be encountered in the competition can be practiced for in the UK varies from country to country. With our trip to South Africa I would say the species, to a degree are known to UK anglers. Sand sharks or guitar fish are not dissimilar to some of our species of ray and the smoothhound are the same too. In Holland for an example, the main species were flounder and small bass, which we all knew about. In Italy on the other hand it was primarily catching small bream, which don’t feature for us, well, certainly not in my native Bristol Channel anyway! 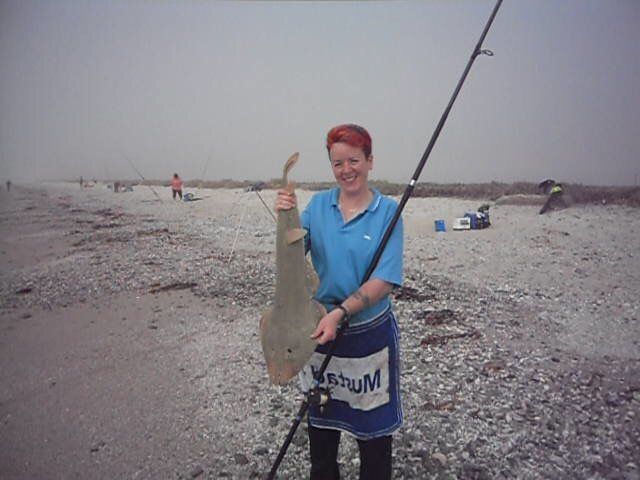 We also must be prepared to deal with new baits. Unless this bait is accessible in the UK, it is solely down to the week’s practice that we can become familiar with the use of the native bait used. I have come across some weird and wonderful baits in my short England career, some worms can play havoc with your hands, making them very sore!

As well as forming an idea about the fishing, the tackle required and making a start on rigs, there is a huge amount of admin and organisation that goes into taking a team to the World Championship. Our manager, Mark Hurcombe, has an unenviable task of putting this together for us. He books our accommodation, transport, flights and everything else we need. He also lets us know about any sponsorship we have. This year both the England Men’s and Ladies Teams have some fantastic backing from Tronixpro, with both cash sponsorship and discounted tackle being provided. We have a uniform to wear for the opening and closing ceremonies and fishing clothing to wear during matches. These all help to promote our sponsor in photographs.

As individuals, we must arrange for two weeks off from work. We also need to save up to meet our costs, which are higher this year due to the travel involved. As a competitor, you must sign a Competitors Agreement with the Angling Trust. Travelling abroad means each angler must provide a letter from their GP saying they are fit to compete. Although fishing for two weeks’ solid is fantastic, it is also physically and mentally exhausting, so it’s important that everyone is fit and ready to do their best.

Many people don’t realise that the cost of competing in these events is borne by the competitor, there is no outside help. Given the higher than usual competition costs this year, as a team, we have been fundraising too. We have held a party and a raffle, sold off unwanted fishing tackle and setup a Just Giving Page for donations. Everyone is working hard and having fun raising funds for the team, there has been a great effort by everyone this year.

With so much to do, it would be easy to forget to go fishing, yet this is one of the most important parts of our preparations.

Close to the competition I’ll follow on with another blog, letting you know how I’m getting on with my endless rig tying, how much I’ve managed to fit into one suitcase and the importance of being “match sharp”.

Until next time, tight lines and see you on the beach!