Whilst we’re well known for our high end continental style rods such as the Medusa and the Cobra, an out and out, traditional style beachcaster is not something we’ve done…until now!

The Tronixpro Naga MX is the brain child of Welsh International, Joe Arch. Joe is one of the best all round competitive anglers there is, having represented Wales no less than thirteen times at World Championships, helping them win team bronze once and team silver and gold twice. Joe has also won individual gold and silver as well as winning the Penn Sea League Final twice in addition to successes in numerous other tournaments around the world. In short, Joe knows a thing or two about catching fish from the shore.

When we approached Joe with the idea of creating a Signature Series rod for Tronixpro, we automatically and wrongly assumed he would look to introduce another continental style rod into the Tronixpro mix, a type of rod Joe has used to much success over a long and successful career. However, he didn’t, he took a totally different tack, he wanted to build a rod that the majority of anglers would use…a traditional, two piece 14ft beachcaster complete with reducer and capable of launching leads between 5 and 8ozs. 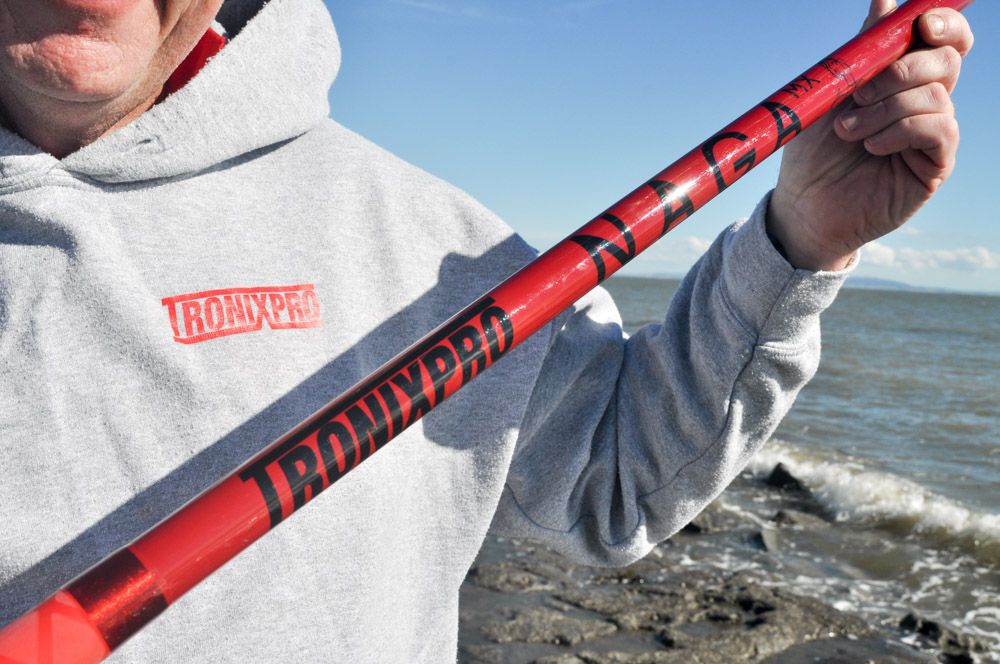 Finished in a fetching shade of deep red, complimented by red and silver whippings and a lighter red shrink wrap which covers the lower third of the butt section, this rod stands out from the crowd. Fuji K Alconite guides in silver match perfectly with the whippings, their lean forward frame reducing friction to aid casting distance and reducing tangles. The tip section comes with a phosphorescent paint finish between the tip and third intermediate ring. To complete the rod, two Tronixpro Coasters are included to allow you to attach your reel to the rod.

[otw_shortcode_quote border_style=”bordered” color_class=”otw-red-text”]Over the extensive period I’ve been field testing the rod, I love the fact I can see it at night without having to switch the headlight on. I’ve fished with it over rough ground across the Bristol Channel and other South Wales marks and it has been more than capable. I’ve won a recent match with the rod catching smoothhounds and conger. A powerful rod that retains loads of power, has a lovely supple tip and will give any top end beachcaster a run for its money…and it costs a lot less too! – Joe Arch[/otw_shortcode_quote]

Purposefully, the colour scheme of the Naga MX has been designed with night fishing in mind. The phosphorescent tip section with a charge from a UV light or headlight give you ample bite detection without having to constantly switch your light on to see your rod tips. The silver stainless Fuji K Alconite guides, red with silver detail whipping and almost metallic red blank colour allow you to see the rod in low light levels. Whether that be moonlight, street lighting or any other far off, surrounding light. 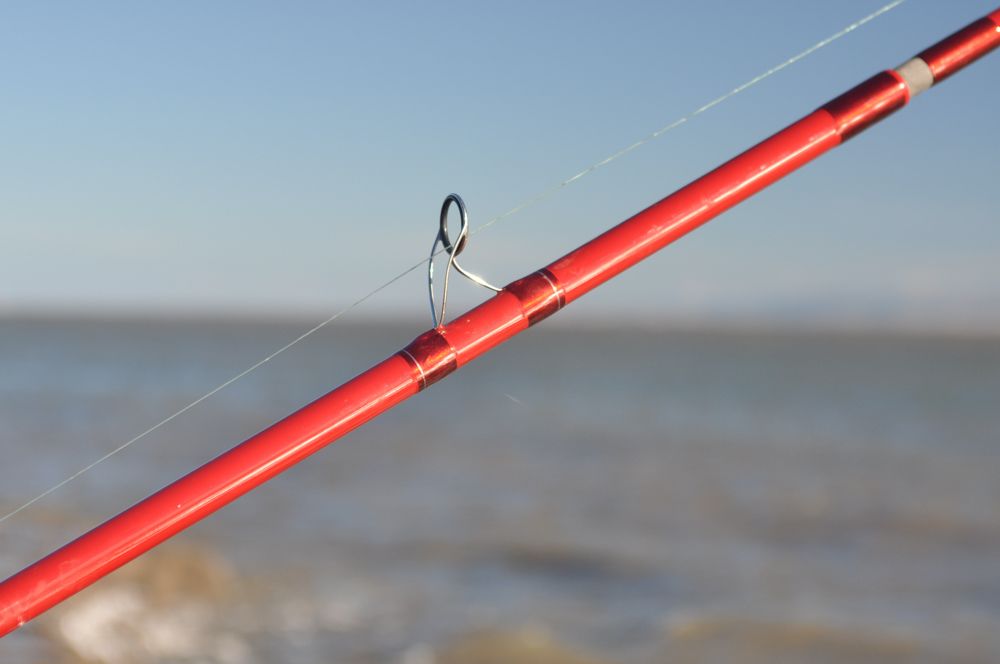 Constructed of lightweight 40 ton carbon the Naga MX features a slim diameter blank with maximum strength and minimal weight. It’s built in a two equal section configuration, each section is 7ft with a separate reducer included. At 7ft broke down the rod is easily transportable in most vehicles, the added reducer allows you to fish your reels down, alternatively for the angler who likes to fish with their reels up, a Fuji butt cap is included so you can do away with the reducer. A robust rod bag with extra pockets for the reducer and the coasters is included.

[otw_shortcode_quote border_style=”bordered” color_class=”otw-red-text”]I’ve been fishing with the Naga extensively both at home in Wales and also on my Norway trips. Norway accounted for several good sized plaice which the rod handled like a dream. At home, I’ve been targeting smoothhound and conger. Teamed up with a Daiwa Saltiga filled with heavy braid I went in search of my target 20lb conger from the shore. I was fishing over slack water with a big cuttlefish bait when on dead slack water I noticed my line had gone slack. Hitting into the fish I knew it was a good eel and the Naga MX sprang into life. Absorbing the heavy lunges, head shakes and giving me the power to steer the eel around snags and through thick kelp. There was a big sea running that night, with a big swell and I was thankful I had the Naga MX with me to give me that extra confidence. Once it was landed, it wasn’t quite the 20lber I was hoping for but a cracking fish all the same of just shy of 16lbs – Mario Asprou[/otw_shortcode_quote] 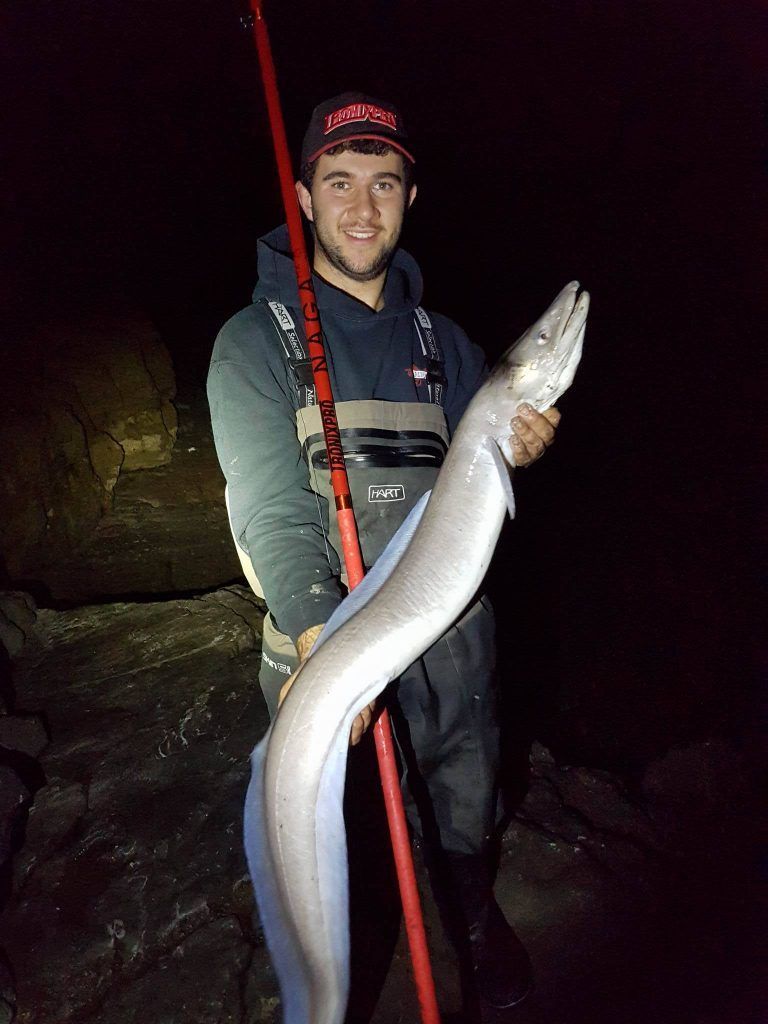 The highly tuned blank has been designed to get you casting to maximum fishing distances with ease. It has bags of power for the big chuckers out there and is forgiving enough that even novice casters can pick this up and start casting to good distances. A versatile rod, its supple tip is ideal for fishing at closer range or in gentle, rolling surf for whiting, flatfish and smaller species. When you want to go after the bigger fish, the strong, powerful butt gives you the lift to drag smoothhound, conger, huss and even tope away from snaggy, kelpie ground on the roughest rock marks. It’s an ideal rod for the angler who fishes serious tides or rough ground marks. It can handle pretty much anything you can throw at it with ease. In the right hands, the rod is an exceptional casting tool that has the capability to reach extreme distances. 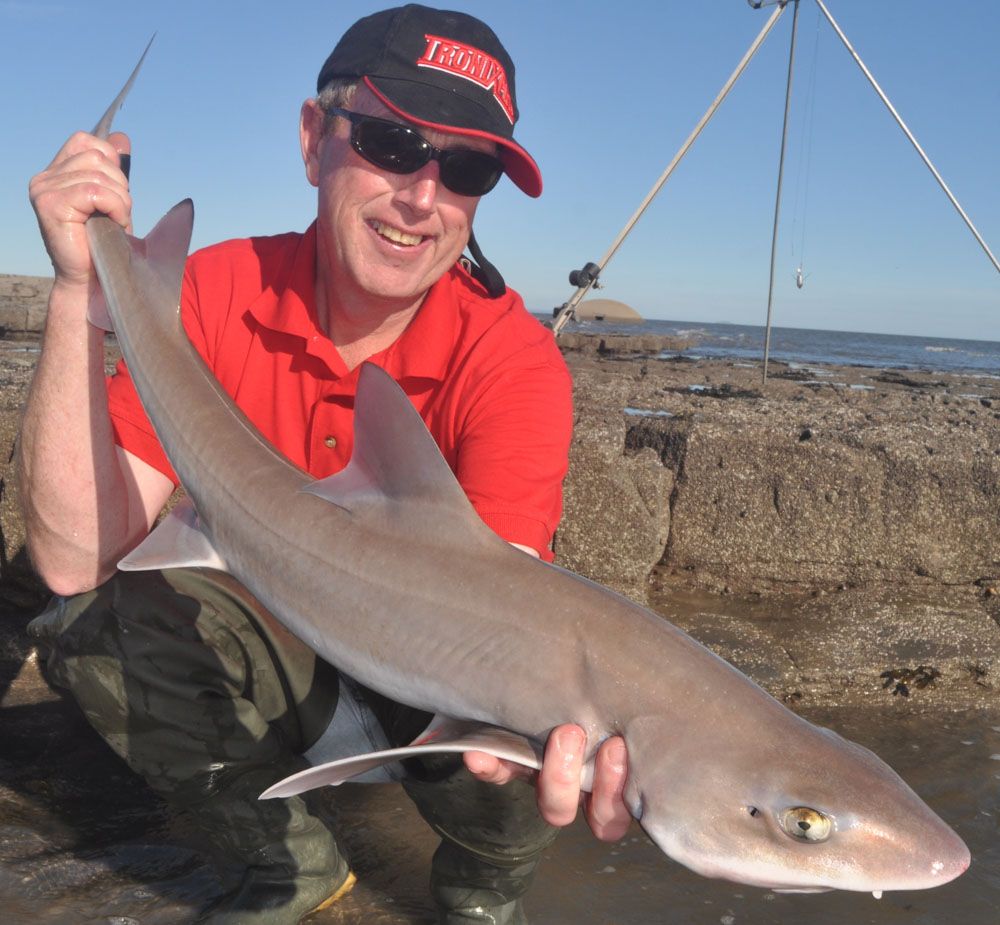 Over 18 months of field testing has proven the rod in as many situations as possible. From standard, British style beach fishing to snaggy rock marks across Britain, Ireland and Norway. We’ve tried to throw as much at it as we can in order to produce an exceptional rod, that has soul and real fishing pedigree. A rod easily capable of competing with the big guns and more often than not, surpassing them.

Total Sea Fishing Magazine – read full review here
“In conclusion, we love the rod’s fishing ability and the way it casts. It’s a quality, great to use fishing rod that has real pedigree.”