Home » Shore Fishing » How to Read a Surf Beach 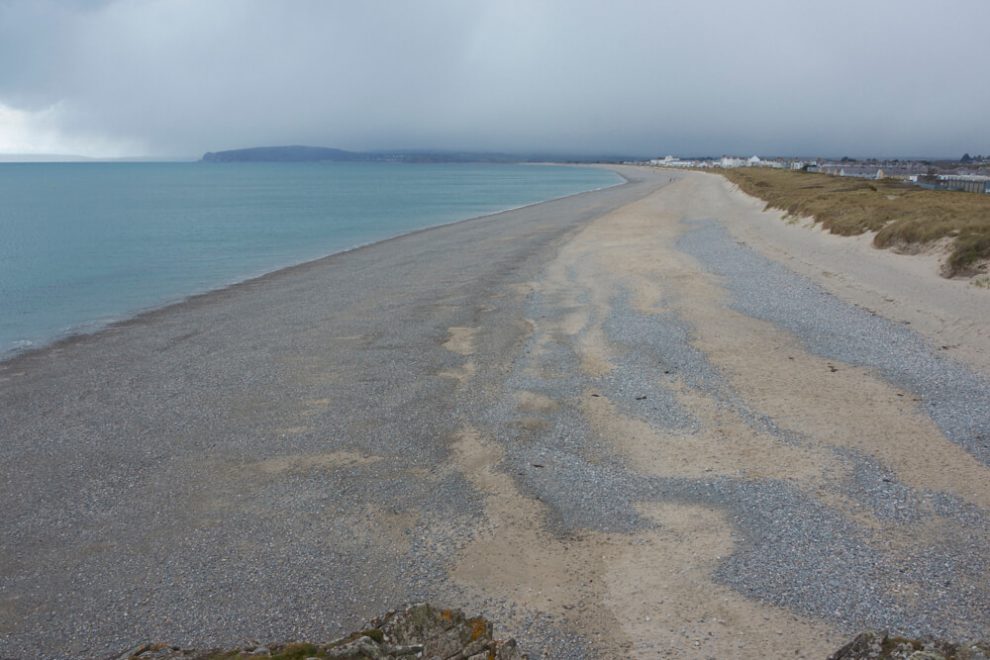 Tronixpro tronixprotronixpro1
Tronixpro Know How takes a look at how to read a surf beach to maximise your chances of success in all tides and weather.

It’s daunting when faced with a new shallow surf beach as to exactly where to fish. But all beaches have key features you can easily identify where food and fish will collect. If you can “read” these areas and narrow down where the fish will be your catch rate will naturally improve.

Ideally, it’s best to systematically walk the beach, timing your visit to coincide with a big spring tide at low water. This is when the maximum amount of beach is exposed along with all its features. If there is anywhere where you can view the beach from a higher vantage point, cliffs, sand dunes etc., then this can shorten the time you need to spot potential natural features. A quick photo with your mobile phone also stores that information for later viewing and checking.

Each surf beach is unique in its shape and configuration due to natural influences such as constantly changing wind, tide and surf conditions.

Beaches that have some protection from the full open sea swells often have an obvious shallow ridge of lifting sand where the mean low water line is. The low water surf churns the sand away, creating the ridge. On the seaward side, the sand will be flat and often rippled. As a new tide floods in this area will hold fish that push in towards the low water line waiting for the water depth to increase high enough for them to swim over the ridge and onto the beach proper. This rippled sand area can fish well in the first hour to two hours of the new flood tide as it concentrates the fish in large numbers.

At the mean low water line, beaches facing into prevailing winds that carry a big surf in rough weather will tend to have a steady incline into the sea with a gradual increase in depth. There is no obvious low water ridge line on full-facing surf beaches.

Most surf beaches will have gutters that run parallel along the length of the beach. These are created by tidal currents that sweep along the beach. The sand gets displaced, with the gutters created being anything from a few inches deep to a few feet deep. As the tide floods in, it pushes food washed from the sand into the gutters, the gutters being the main collection points. The fish will swim up the gutters into the flow of water and detect food initially by smell following the scent trail to the source. Bass, flounder, rays, whiting, cod, coalfish, smoothhound and tope all do this. A hot spot to look for in a gully is where it begins, especially where the low water ridge line is or where a gully widens and peters out. This is where the fish initially access the gully, which most fish will use.

If you look carefully, you’ll also see areas with groupings of small depressions holding water long after the tide has gone out. Get down on your knees and view the surf beach from a low angle; you’ll see these shallow depressions more easily. These scoured-out areas will collect food and draw the fish as the tide floods over them. Sandeel are often found in these areas, as an example.

Note carefully any areas, even small ones, of rocks or boulders. Fish such as bass, cod and smoothhound will work through this hard ground searching out crabs, blennies, broken mussel and the like. Also, the tidal flow will again deposit washed-out food up to the uptide edge of the rough ground and into the stones and trap it.

More key features are areas where sand gives onto areas of shingle, especially fine shingle. A change from sand to a mix of broken shell is another good indicator. These divide lines are holding spots for plaice and rays. In short, look for any feature where dominant sand butts up against alternative material, be it shingle, a rising sandbank, rough ground, or even exposed outflow pipes. Even single rocks surrounded by sand can be enough to draw fish to their base as food will collect here, plus smaller species will use this change of ground to hide.

Surf beaches with sand dunes above high water tend to require long casting to stay in touch with the parallel gullies as the tide reaches high. These, and rock patches, are likely to be the only features available at high water. The close to medium range highwater sand can be barren and rarely carries fish other than school bass and flounder.

Beaches with a shingle bank at high water often have a gutter than runs the base of the shingle. This is where the swell runs up the shingle and then draws back down, displacing the sand at the base of the shingle ridge, thus creating the gully. These will fish for the last hour of the flood with bass, flounder, coalfish, codling, tope and smoothhound, all likely. You can also spot specific areas along the shingle where a tidal current hits. These will be obvious areas where there is far more litter, wood, seaweed etc., scattered along the high tide line of the shingle. You’ll enjoy far more success if you fish where these depositation areas are rather than just fishing blind if you’ve little else to go on.

If you’re struggling to find specific surf beach features, which, to be honest, is unlikely, then look to the extreme ends of the beach, especially if these end with a change from sand to rocks or cliffs. These are natural holding areas, but the best conditions are when the wind direction is pushing directly into one specific corner. The increased sea state will disturb the food, and the fish will follow this in working the corner fully.

In hot prolonged, settled weather, a small inflow of freshwater via a stream running across the beach is enough to freshen and cool the water. This will draw flounder, bass and often small-eyed ray. However, if the stream is in flood and carrying acidic coloured water, then always fish the uptide side of the stream far enough away to minimise any acidic effect as this will push the fish out.

Beaches with an estuary at one end often have areas of rough ground where the tide runs. These are great spots for bass both on the flood and ebb tide. If you look closely, there will be channels and areas of sandbanks created by the outflowing tide, and bass will work through these as they leave the estuary after feeding. On the flood tide, they are more likely to stick to the main estuary channel where the tide flow is stronger as they use the speed of the tide to work far into the estuary to reach the more prolific feeding grounds.

Wave patterns can also show you where deeper areas or a rip current exists. If you watch the surf pattern, the surf will be higher and further out on the shallower areas of the surf beach but break closer in and be flatter when the water is deeper. If bites are hard to come by, look for the deeper water, as it’s likely to hold extra fish.

It’s much the same with a rip current. The surf pattern will be even and break uniformly on either side, but where a rip current is positioned, the water is being drawn back out to sea with force. This will show as a calmer, darker area of water, maybe with a confused ripple effect on the surface. These can fish well, but never wade in such areas as the strong flow out to sea can put you in danger of being swept out to sea.

When you’ve found areas to fish, it pays to line them up with an onshore feature. You can also pace out the distance or, better still, drop a plain lead in the feature, walk back to the high tide line while releasing the line, and then clip the line in the line clip. This preserves the distance you need to cast and is a big advantage.

Another top tip when casting to depressions and gullies is to use a lighter plain lead and let the lead and bait come around with the tide until you feel it drop into the feature and stay in place. This is a deadly tactic and produces a wide range of species.